Burst fade is the newest member of the fade family. It is fresh and trendy. If you are a man who wants to try something new, this style may be perfect for you. We see that the burst fade usually is combined with frohawk or mohawk. However, it is versatile, this cut works well with other modern hairstyles too. Also, it is suitable for straight, wavy, curly, and coarse hair types.

If you wear this haircut for the first time, we recommend you find a professional barber. Because the burst fade is a very new style and many barbers and hairdressers may not know how to cut this style.

What Is The Burst Fade Haircut?

In this haircut, barbers cut your hair to create a circle-shaped fade around the ear. The fade cut doesn’t go on towards the back of the head as with other types of fade. The burst fade may sometimes confuse with a drop fade. But, when it comes to the burst fade the hair at the back is typically left long. As a result, the fade effect looks like an arch. In addition, it can resemble the sunrise.

Although this haircut is often used by black men, today, many men from all over the world prefer this haircut widely. We can say that the burst fade works best with mohawk hairstyles. But, It can match well with modern hairstyles such as quiff, fringe, spiky, faux hawk, a pompadour, and afro. 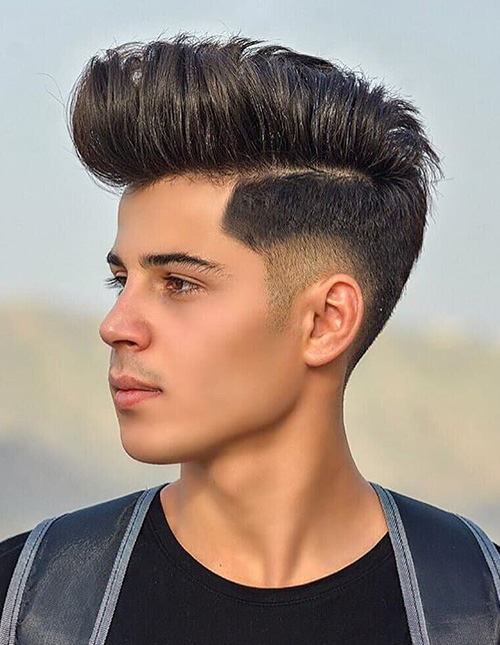 How To Get A Burst Fade Haircut?

A few hair cutting techniques are used together for the burst fade. Firstly, barbers create the first guideline with a trimmer (t-outliner) just above the ear. Then, they shave completely the hair below the first guideline. Thus, it is created a circle around the ear. After this step, they create other guidelines and taper the hair gradually with a hair clipper towards the top. Different hair clipper guards create different hair lengths and blend hair on the sides. ​In this way, an arc-shaped fade effect occurs above the ear. As we mentioned before, the hair on the back is left long.

If you want to get a burst fade, you should have enough hair for tapering. Besides, the hair length at the top depends on the hairstyle you prefer. Different hair lengths are required for long medium length or short hairstyles. You can combine this style with many styles. The most popular variation is the mohawk burst fade. Also, it is possible to use this haircut together with other contemporary hairstyles. 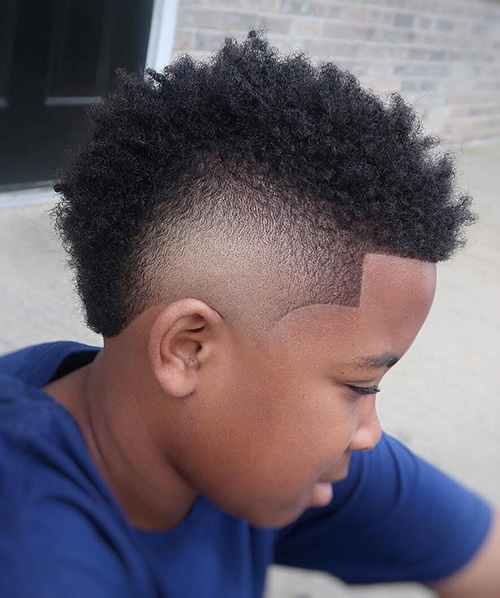 Mohawk burst fade is the most common version of this style. The sides are tapered and faded. The fade cut starts from the temple area and goes on above the ear. Also, the hair at the top is cut as a strip with scissors. If you want you can add a stylish beard to this haircut. It is very modern and fashionable. 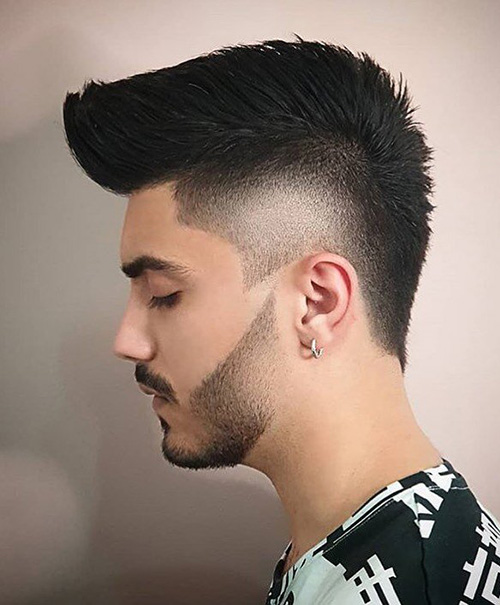 The burst fade also works well with wavy hair. If you are a man with thick hair, you can prefer a textured and voluminous hairstyle for the top. In this style, there is a small fade circle around the ear. It can be used casually. Especially, young men may like this style. 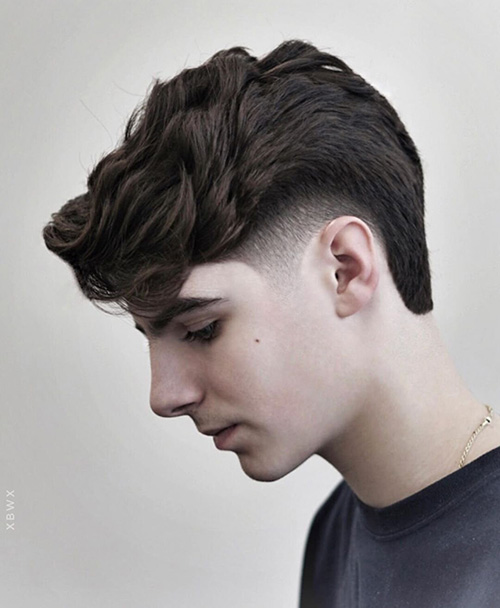 The burst fade is frequently combined with afro hairstyles. It is absolutely popular among black men. There are sponge twists at the top. Also, the nape is cropped short. You need a little bit of effort to maintain this hairstyle. Besides, you should visit your barber periodically. Thus, it is possible to keep good your hair shape. 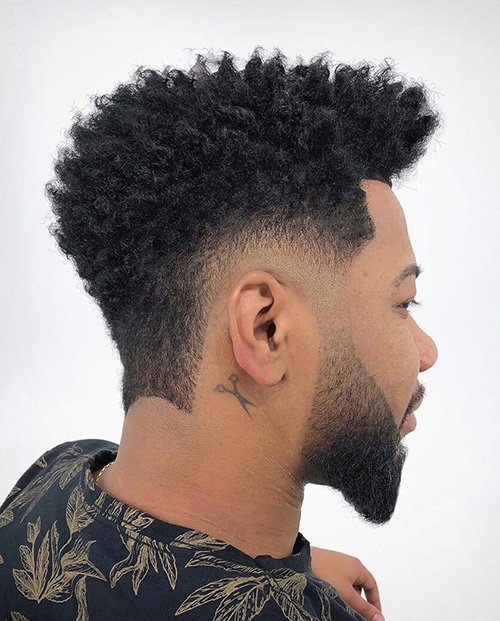 Textured burst fade looks cool and catchy. Also, it is a very dapper haircut for gents. The hair on the sides is tapered gradually around the ear. You can see the scalp clearly in some areas. This cutting technique emphasizes the fade effect. Also, it can create a deep contrast. Due to the hair is blended, the top has a textured appearance. Barbers use often a texturizing shears for this cutting. 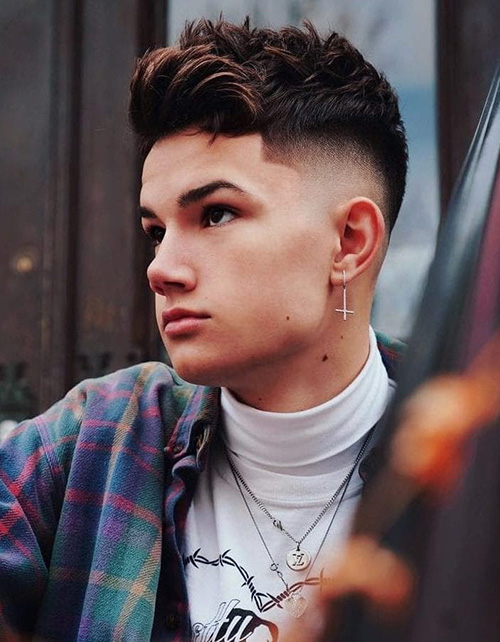 The burst fade and fringe are the perfect pair. You can get a more cool appearance with extra hair length on the forehead. Also, asymmetrical fringe may be a modern and stylish choice. Besides, it is possible to make your hairstyle more dramatic with a skin-level burst fade. This haircut requires an intense haircare. In addition, when it comes to long fringe, it is hard to manage your hair. 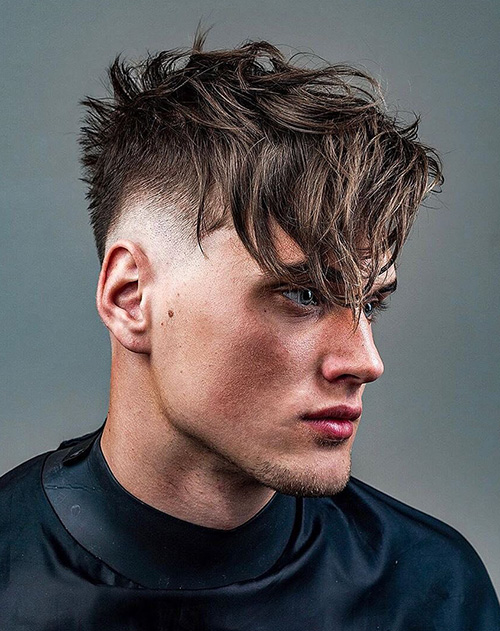 If you looking for a modern and new haircut, you can consider mixing quiff and the burst fade. Quiff için çok fazla şey söylemeye gerek yok. This hairstyle is unbelievably chic and sexy. We recommend the burst fade this time to men who have tried different fade variations before. Thus, you can experience a new style. 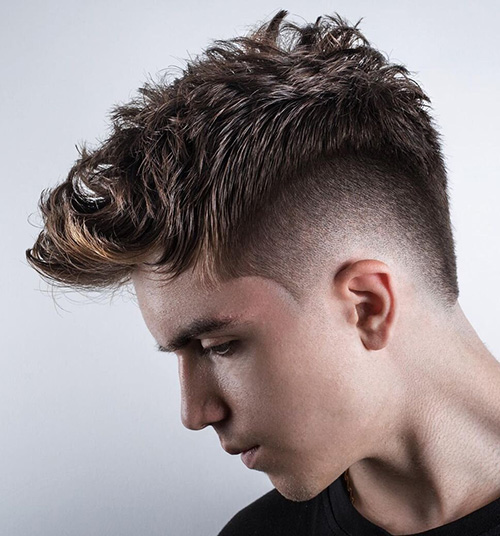 You can have both classic and a modern style at the same time by combining the ivy league and the burst fade. Also, it may be a good idea to add special touch such as a hairline to your hair. Thus, it can look better. 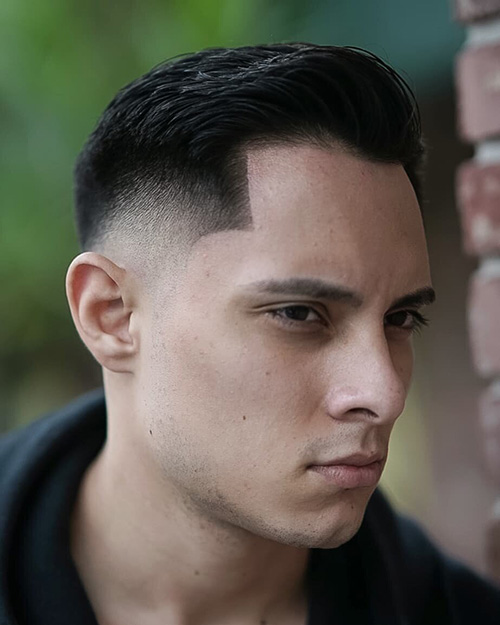 We have good news for men with curly hair. The burst fade works perfectly with curly hair. Managing and maintain curly hair is sometimes a nightmare. However, it is easy to have a cool and attractive hairstyle with curls. Ask your barber for a burst fade on the sides. We are sure that you will love it. 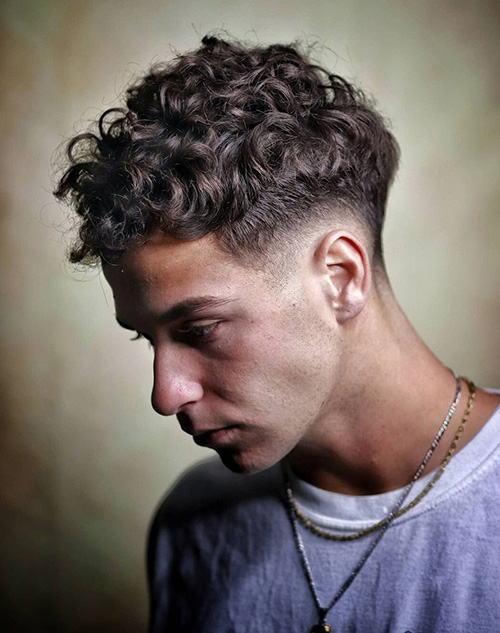 If you want to get a unique and marginal hairstyle, you can get the results you desire with a burst fade. It is possible to use different hair colors to make your hair more noticeable. Also, there are amazing hair design options such as razor lines. 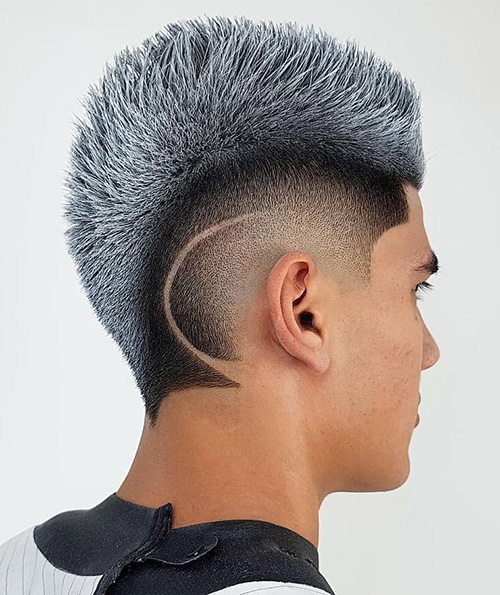 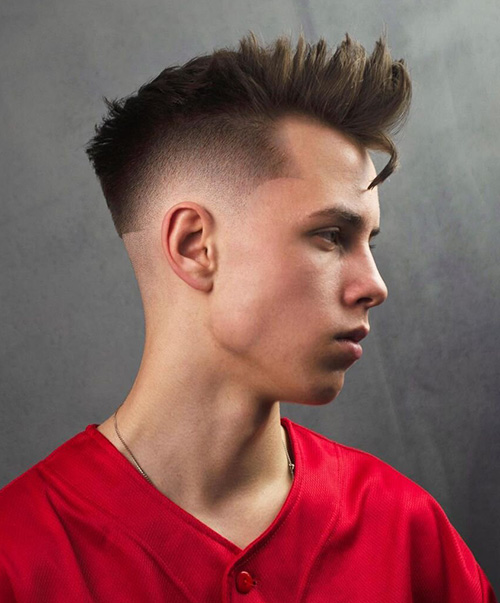 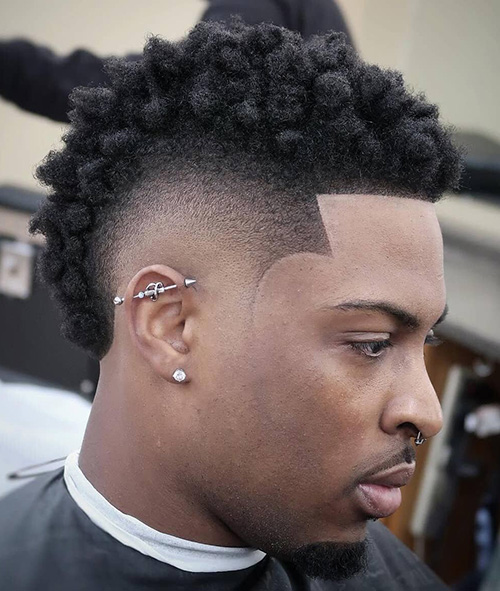 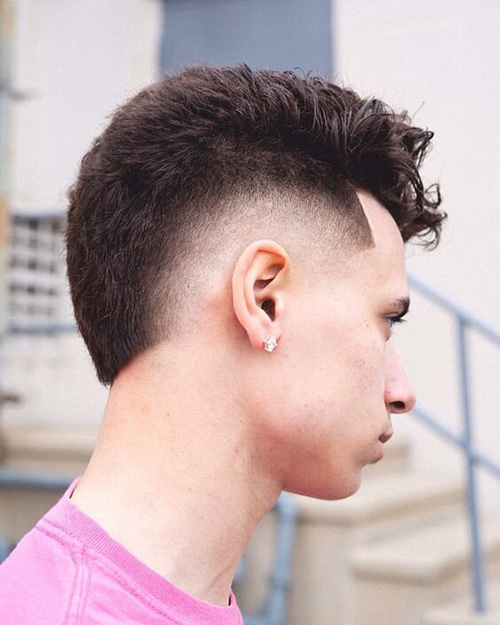 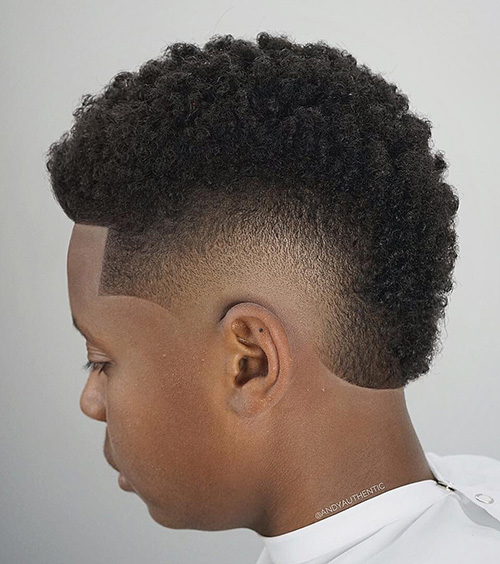 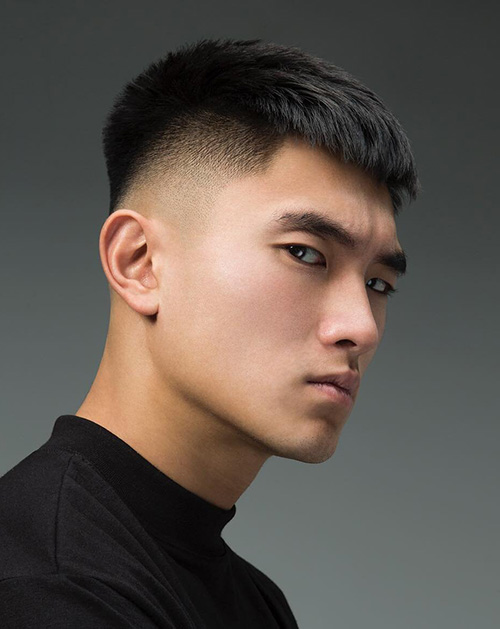 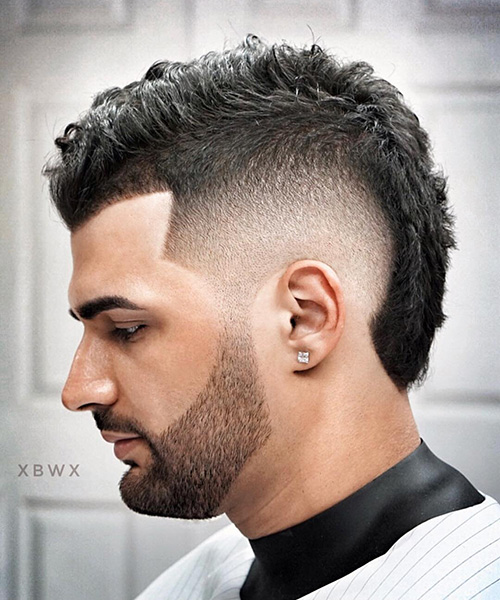 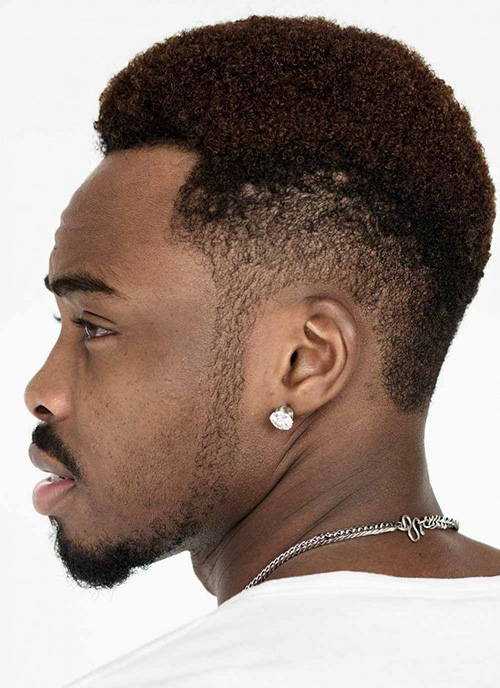 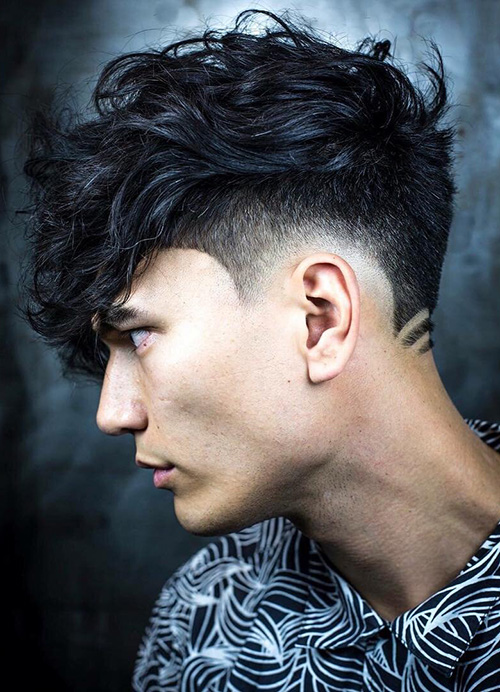 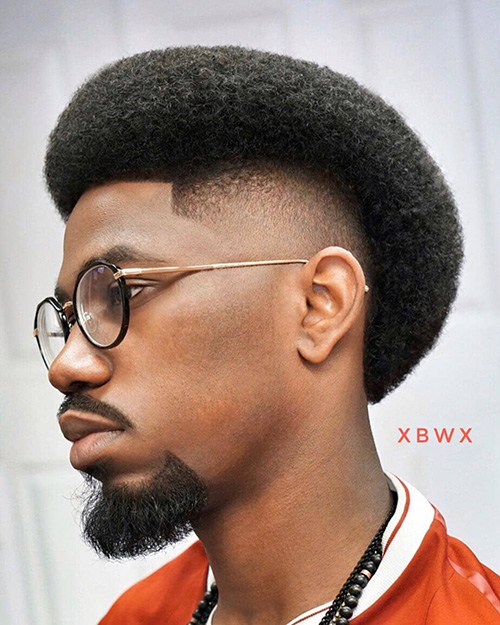 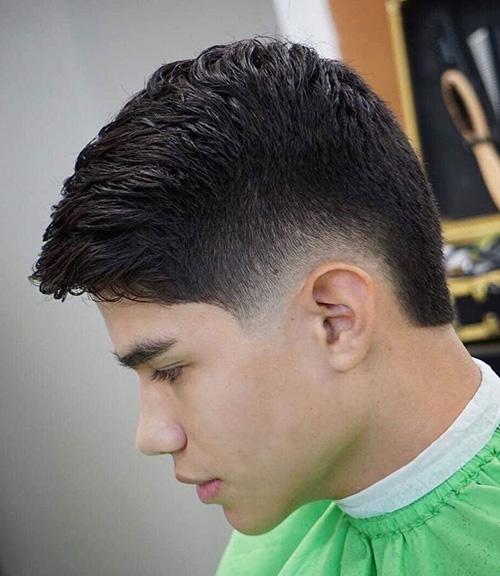 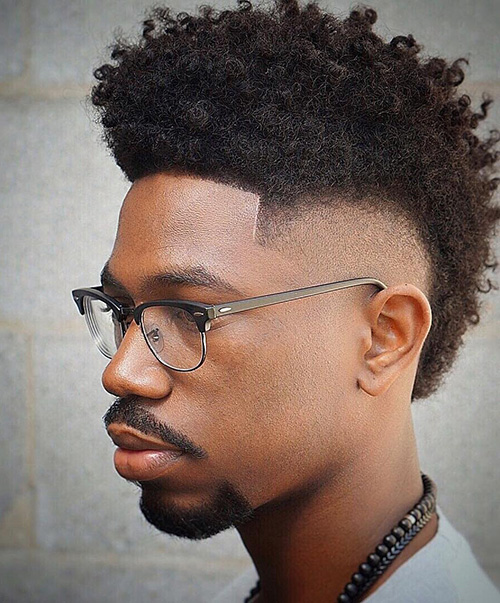 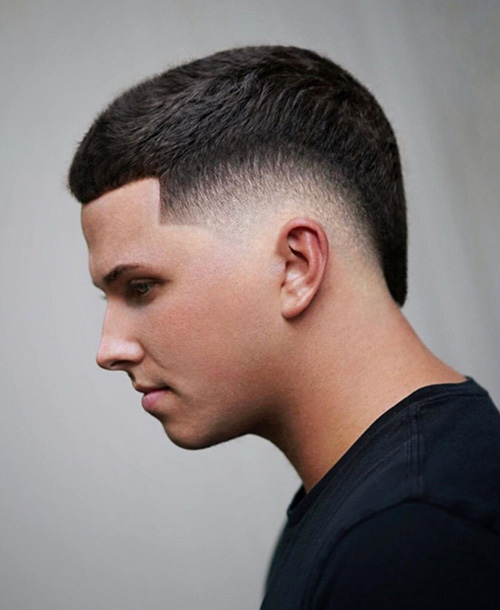 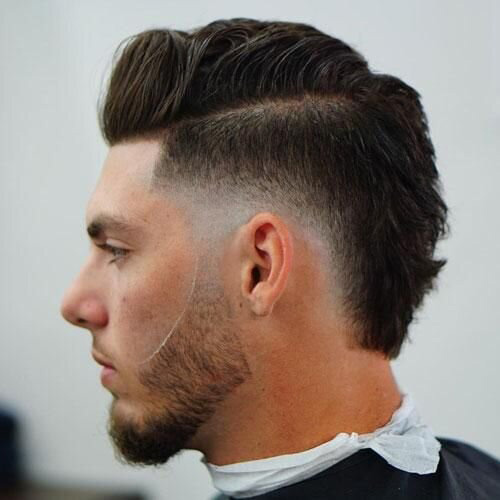 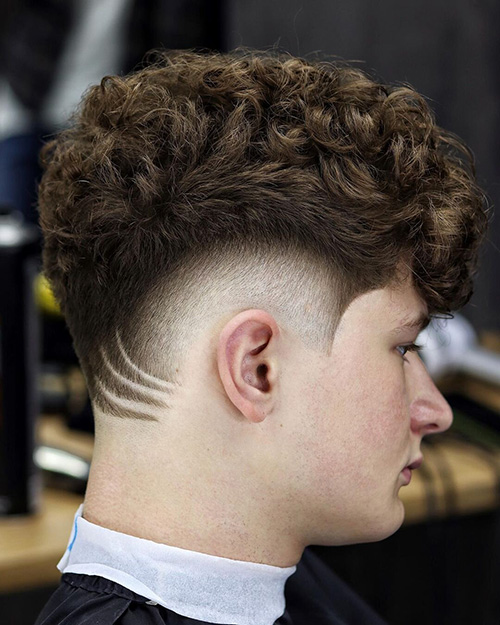 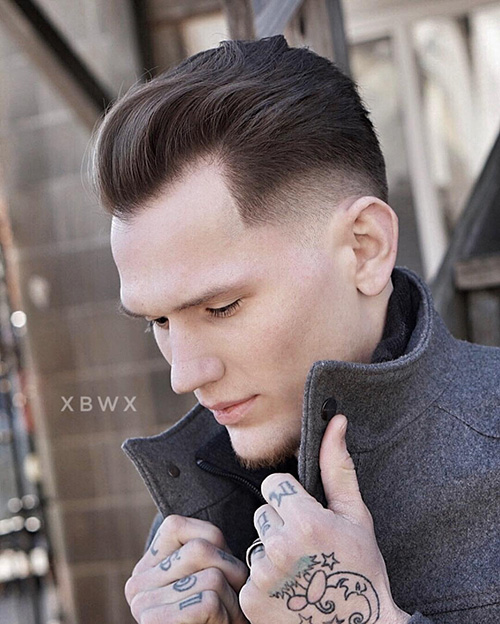 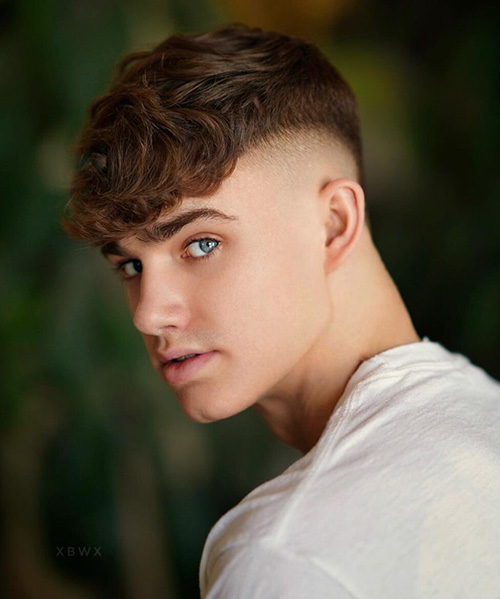 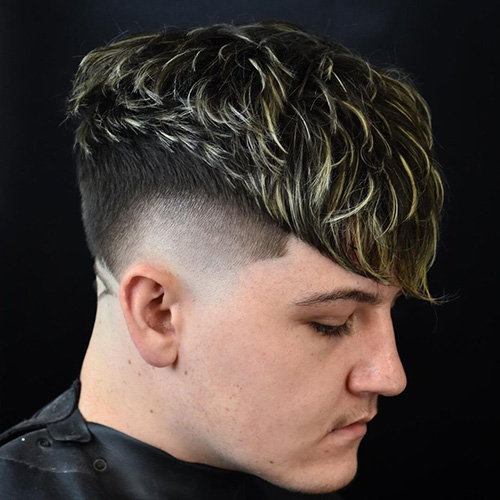 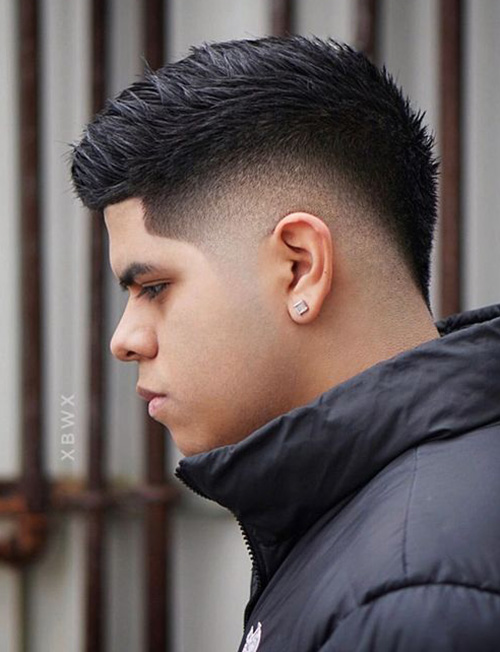 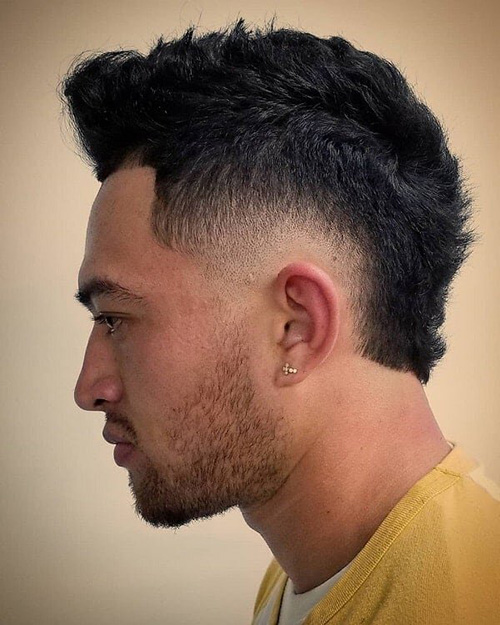 70 Best Types of Fades For Men ( All Fade Haircuts)